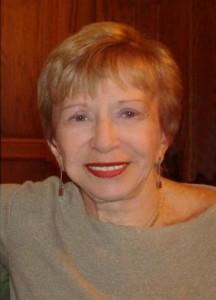 I was born in Berlin, Germany, of Polish Jewish parents in 1928. My father never attended school at all; my mother attended some elementary school classes in Poland because she had uncles who were teachers. We fled the Nazi regime in 1933, going first to Antwerp, Belgium, for several months, and then arriving in the US in 1934.

In the US, I graduated as valedictorian of my high school class in Monticello, NY (in the Catskill Mountains); Phi Beta Kappa from Cornell University; and first in my class at the University of Miami (FL) School of Law. Then I had a 23-year career as an attorney with several federal government agencies, mostly in Washington, DC, and as an attorney and executive with two major corporations, TRW Inc. and GTE Service Corporation, where I was the highest-paid woman at each of their headquarters.

In the federal government, one of my jobs was at the EEOC (Equal Employment Opportunity Commission) where I was the first woman attorney in its Office of the General Counsel. I also became one of the founders of NOW (National Organization for Women) as well as of other women’s rights organizations.

In 1993, I retired from the federal government and eventually moved to Sarasota, FL, where I now live. I am a community and feminist activist, writer, and public speaker. My most recent speech was on Oct. 24, 2012, at the law school of Cornell University, where I gave a talk on women’s rights.

For more information visit  Sonia Fuentes at website at http://www.erraticimpact.com/fuentes.

This entry was posted on Monday, February 4th, 2013 at 12:04 am and is filed under academic success, award, education, entrepreneur, excellence, leadership, motivational speaker, word of encouragement. You can follow any responses to this entry through the RSS 2.0 feed. You can leave a response, or trackback from your own site.