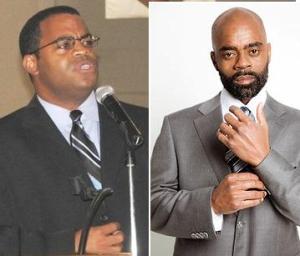 Encouragement Speaker Derrick Hayes gives a DERRICK Interview by asking 7 questions through each letter of his first name to give you an insightful perspective from other experts, entrepreneurs, celebrities and up and coming super stars.

Today’s DERRICK Interview is with Ricky Donnell Ross, better known as “Freeway” Rick Ross, is one of those rare figures whose experience as a drug kingpin has lead him to a life of rebuilding the community in which he once helped destroy. According to the Oakland Tribune” In the course of his rise, prosecutors estimate that Ross exported several tons of cocaine nationally, and made more than $600 million in the process. Counting inflation its 1.6 billion dollars comparing 1986 to 2010.

Now, he has applied the passion that helped him build an empire to helping the youth, Ross has been given a second chance to uplift his community by giving back through mentoring and sharing his story. He plans to inspire many of today’s youths to achieve their greatest successes without following in his footsteps.

Visit Freeway Rick Ross for more information and listen and learn below from our DERRICK Interview.